On June 27, 2013 The American Immigration Council posted the following for immediate release:

Washington D.C. – The American Immigration Council applauds the U.S. Senate for passing comprehensive immigration reform legislation (S. 744) by a vote of 68-32 (including 14 Republicans). This vote reflects how far the country has come in understanding the significance of immigration reform to the health and well-being of the nation as a whole. Regardless of what may come next, today’s vote reflects the irrefutable fact that the social and economic benefits of immigration reform are tangible and achievable. There will be much work ahead to continue to perfect the policies reflected in this bill. But for the moment, we should thank the Senate, led by the Gang of Eight, for the courage and vision to finally move the country forward on immigration.

“Today’s vote is a game-changer. The debate around immigration reform is forever changed, the notion that the Senate cannot act on immigration is a thing of the past, and now we know that it is possible to find bi-partisan agreement one an issue once deemed toxic,” said Benjamin Johnson, Executive Director of the American Immigration Council.

“There is little doubt that today’s vote offers the country a chance to start again on immigration. While the compromises necessary to achieve a significant bipartisan vote were many, this is a lesson for us all in democracy—we can respect deep disagreements on policy grounds, yet still find a way forward. The Senate should be commended for giving us all a chance to change the conversation on immigration,” said Mary Giovagnoli, Director of the Immigration Policy Center. 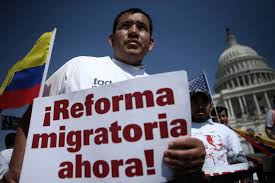