The Obama Administration announced sweeping changes which should allow many illegal immigrant children to stay in the United States and pursue the American Dream. According to experienced immigration attorney Chad Brandt, Obama's new policy is as close to the "Dream Act" as can be achieved given Congress' failure to pass the Dream Act, which has stalled in Washington since the 1990's. Attorney Brandt stated that "today is truly a historic day for children here in the U.S. that never made the choice to come here illegally, and have been trapped in the shadows and denied the simple opportunity to study and better themselves and our great nation."  Brandt, a first-generation American himself, personally understands the struggles this policy should ease.

Attorney Brandt, who dedicates his practice exclusively to immigration law, with a particular emphasis on deportation defense, cautions that parents and children need expert legal advice to make sure they can take advantage of the new policy.  Attorney Brandt states that the range of children that may be eligible is between 800,000 to 1.4 million.  "At the same time, some desperate children and parents can fall victim to people purely out to profit from today's new policy.  This is about children.  And dreams.  We need to ensure that families pursue the new policy in a legally responsible manner to be certain that all eligible children can benefit."

Brandt further stated that not all immigrant children qualify, and anyone considering benefiting from the policy should first consult with an immigration attorney. For example, Brandt stated that children who may benefit must be present in the U.S. on June 15, 2012, and must also have lived in the U.S. for at least 5 years continuously, among other requirements. Due to the specific requirements, which include no serious criminal convictions, attorney Brandt is concerned that some may try to take advantage of desperate children and parents, and he encourages all families affected to make sure that the person giving them advice is not only professional, but caring and honest.

Nonetheless, the significance of the policy shift is huge, according to attorney Brandt. "I have watched children suffer and families suffer for my entire career because of a choice those kids never had, and today is an emotional and legally significant victory for children, regardless of where they are from."  As both the son of an Cuban immigrant, and as a father himself, Brandt said that he was pleased to see kids finally see light at the end of the tunnel. Attorney Brandt concluded his analysis by smiling broadly and declaring that "now is the time to be aggressive, and make dreams a reality!" 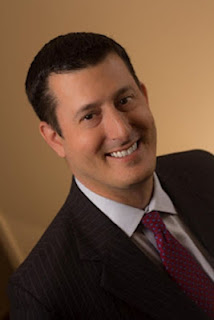 http://www.prnewswire.com/news-releases/dream-big-obama-policy-allows-immigrant-children-to-remain-in-the-us-159224925.html
Posted by Unknown at 1:46 PM